Our Awakening As Multidimensional Beings with Jack Stucki (Full Video Recording)
This presentation was broadcast live on Zoom and recorded on August 9, 2019. The video recording is available for viewing. 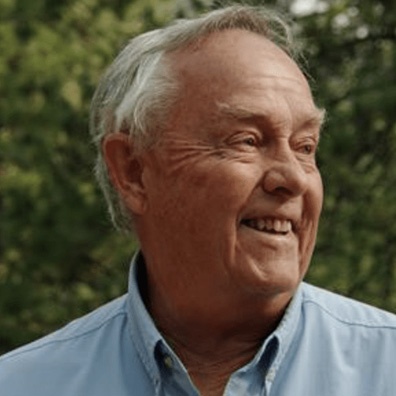 Jack Stucki, RMT, BCIAC, began his professional career in 1967 as a music therapist. He was influenced most by the people he served, including severely and profoundly retarded children, and the comatose. His work with the comatose was featured on educational television and headlined in the Contemporary Magazine of the Denver Post. In the late 1960’s he taught Group Dynamics in Counseling on the graduate level at Western State College, Gunnison, CO. In the 1970’s he established one of the earlier pain clinics in the nation. His work has also been featured on the television talk show “The Changing Paradigm.” In 1991, he was a member of the fact-finding team studying the effects of the Chernobyl nuclear accident, and introduced professionals in the Ukraine to biofeedback. From 1995 through 2006, he was in private practice in Colorado Springs, CO and continues to be involved in the Merkaba Research and Healing Center, which he co-founded. He was the instructor for a course in Integrative Medicine for the University of Colorado Medical School. He served three terms as President of the Colorado Association for Applied Psychophysiology and Biofeedback. He was a recipient of the Johann Stoyva Award for outstanding contribution to biofeedback. His main interest lies in using high technology to explore subtle energies, culminating in the current use of and research with the Bio-luminator, and constructing energy clearing devices such as the functional art objects he creates called Sacred Space Generators. His work has been presented several times to The International Society for the Study of Subtle Energies and Energy Medicine (ISSSEEM), and to other related groups, as well as featured in three books published in 2010: Life Force, the Scientific Basis by Claude Swanson, Ph.D.; Radiant Minds, edited by Jean Millay, Ph.D.; and Healing Stories, by Robert Alcorn, M.D.; and additionally, two books written by Mark Macy: Miracles in the Storm (2001) and Spirit Faces (2006); and again in the 2019 book by Claude Swanson, Science of the Soul, the Afterlife and the Shift. In June, 2011, Jack was awarded the prestigious Doug Boyd Wisdom Keeper Award during the annual conference of ISSSEEM. This award is presented to “selected individuals who exemplify the spirit of gathering and sharing ageless wisdom through stories, books, presentations and gatherings in an effort to raise consciousness, cultural preservation, serve humanity and make the world a better place in which to live.” Jack was a keynote speaker at the International Conference on Shamanism (in 2013), and in 2016 he was a keynote presenter at the ISSSEEM Conference.