Attend in person or online!
Registration required* (scroll down to register)

Our “Science and Consciousness” Series will be reading and discussing “Return to Life, Extraordinary Cases of Children Who Remember Past Lives” by Jim Tucker

Author Jim Tucker, M.D. will join us for a Q&A Live on Zoom during one session! – date TBD 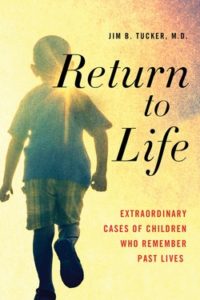 BOOK:”RETURN TO LIFE” – How could a two-year-old in Louisiana remember being a World War II pilot shot down over the Pacific? Or a boy in Oklahoma recall being a Hollywood extra?

For the last fifteen years, Jim Tucker has traveled the country meeting families, hearing stories like these, and trying to determine if the children’s memories are valid. Continuing a fifty year research project at the University of Virginia involving children from all over the world, he decided to focus on cases in the United States, where parents would not expect their children to say such things.

A first-person account of his experiences with a number of extraordinary children, Return to Life follows Dr. Tucker on his investigations. Readers see him taking a young boy and his mother to a remote island the boy has talked about repeatedly, working to identify a man in a photograph whom a little boy says he used to be, and meeting a young golfing prodigy who has said he was the famous golfer, Bobby Jones. One little girl talks about a great fire; another recalls walking along a dusty road before being kidnapped by two men in a car.

By the end of Return to Life, readers will conclude that Dr. Tucker has amassed persuasive evidence that some children do possess actual memories of previous lives. He then puts the cases in the context of current scientific understandings and concludes with his vision about what the cases say about the question of life after death for all of us.
————— 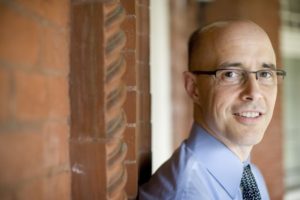 NOTE: Author will visit via Skype/Zoom for one session near the end of the study group series.  Weekly group led by Gloria Coelho.

BIO:
JIM B. TUCKER, M.D. is Bonner-Lowry Professor of Psychiatry and Neurobehavioral Sciences at the University of Virginia. He is Director of the UVA Division of Perceptual Studies, where he is continuing the work of Dr. Ian Stevenson with children who report memories of previous lives. A board-certified child psychiatrist, Dr. Tucker worked with Dr. Stevenson for several years before taking over the research upon Dr. Stevenson’s retirement in 2002.

Dr. Tucker was born and raised in North Carolina. He attended the University of North Carolina-Chapel Hill, where he graduated Phi Beta Kappa with a BA degree in psychology in 1982, followed by a Medical Degree four years later. He then received training in general psychiatry and child psychiatry at the University of Virginia. After he completed his training, he stayed in Charlottesville and began a successful private practice in psychiatry.

Dr. Tucker, who was raised Southern Baptist, had never seriously considered the possibility of past lives before reading one of Dr. Stevenson’s book. After learning about the work, he became intrigued both by the children’s reports of past-life memories and by the prospect of studying them using an objective, scientific approach. He contacted the Division and in 1999 began working there half-time. A year later, he gave up his private practice completely to work at the university. He has now published two books and numerous papers in scientific journals. He has spoken before both scientific and general audiences and has made a number of television appearances, including Good Morning America, Larry King Live, and CBS Sunday Morning.

Weekly charge of $5 for class. If you miss a class you will get the Zoom recording to watch at your leisure. (free for Monthly Patron members. See Membership page for details.)

Attend in person or online via Zoom meetings!

Please indicate on this form whether you will attend in person or online via Zoom. Location is at a private home in Broomfield. For those who wish to attend on site, directions will be given upon registration.

What are you looking for?

Caritas is a 501(c)(3) non-profit organization that is able to provide healing and educational services to our community chiefly through donations and volunteers. Kindly use this link to donate: