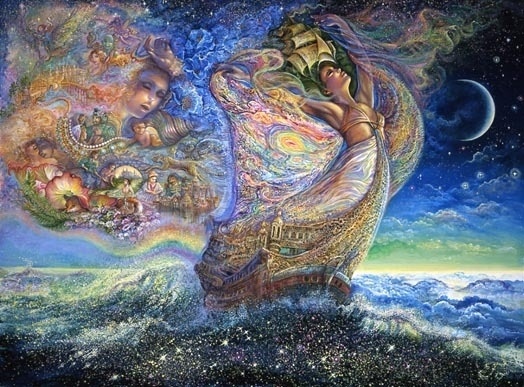 The big story of 2021 was the transit of Saturn in Aquarius squaring Uranus in Taurus. The square represents a battle between the two planets and it has brought us the extreme views and polarizing of opinion that we have seen in recent years, leading to fracturing in society and fragmentation that has cut through friendships and families.

Saturn often represents the principle of stability, the establishment and the law, but it can also signify the worst aspects of the rigidity of “the Patriarchy”. And Uranus represents the spirit of rebellion, revolution and a vision of a different more egalitarian society.

The square between Saturn and Uranus has been with us throughout 2021 and it continues through 2022. Over the year the intensity will gradually die down and maybe, by the end of the year, we will start to feel that we have learned a better way to dance with both these two very different energies.

In the ancient Greek creation myth, Kronos (Saturn) battles with his father Ouranos (Uranus) and takes power. But it is the fate of Kronos that the same thing eventually happens to him – one of his own children, Zeus, (Jupiter), battles with Kronos, defeats him and takes over as the king of the Gods.

So, as we move into the next stage of these mythic struggles, I thought it was time to take a look at Jupiter.

In the final days of 2021 Jupiter completes its’ journey through Aquarius  – and on December 29th 2021 Jupiter enters the sign of Pisces. It moves swiftly through Pisces and on April 12th, a few days before Easter and the time of the Aries Full Moon, Jupiter moves into an exact conjunction with Neptune at 23° Pisces.

Astrologers today think of Neptune as the planet that is the ‘ruler’ of Pisces but in
ancient times, before the discovery of Neptune, Jupiter was the ruler of Pisces. So a conjunction of the two ruling planets in the sign of Pisces is a kind of treble whammy on mystical Pisces.

In traditional astrology, Jupiter was known as “The Greater Benefic’ The Bringer of Good Fortune”. We love Jupiter and the feelings of vision, optimism and adventure that he brings. Jupiter can make us feel deep contact with the love of God but it can also bring us into ungrounded states of delusion, illusion and fanaticism.

The Greek myths are intrinsically patriarchal and the conflict between the Gods is often resolved through acts of cruelty and violence. Neptune was a male deity in the Greek pantheon but today we can see gentle Neptune as an essentially feminine principle, very much associated with transcendent mystical experiences and embodying the ethereal, oceanic energy of the Goddess.

In this talk, Rebekah will speak about the nature of Jupiter and Neptune and the hope that this great conjunction can be experienced by spiritual seekers as a time when a portal opens to other dimensions and brings a deeper connection to the lived experience of Divine, Universal Love and compassion for all beings

Her book, ‘Charting the Soul: Astrology, Characterology and the Human Energy Field’, (available on Amazon), published in 2016, is a synthesis of archetypal astrology and the Brennan approach. Rebekah runs her own ‘Charting the Soul’ workshops based on the themes from her book. She regularly gives lectures at the Astrological Lodge of London and other astrology groups as well as teaching Voice Dialogue. Rebekah is also a visionary painter. 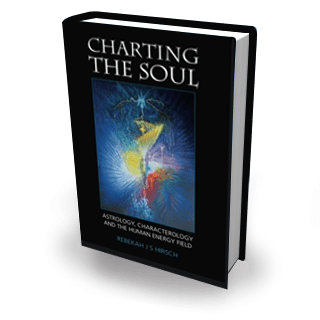 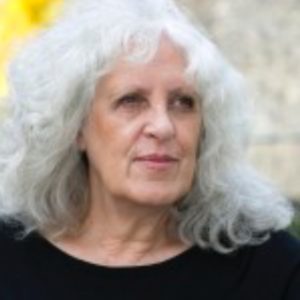 BIO: Rebekah Hirsch has been an astrologer for over 30 years. In recent years, her understanding of astrology has shifted to a profound experience of the planetary archetypes, both as elemental currents comprising a person’s human energy field and also as a powerful living presence in the universal field. Rebekah is an advanced level graduate of t Barbara Brennan School of Healing, USA, as well as a professional archetypal astrologer, having trained with Liz Greene and Howard Sasportas at the Centre for Psychological Astrology in London. She is also a trainer and facilitator of the transpersonal work known as Voice Dialogue. She lives in London where she runs a private practice as an energy healer and astrologer.

Check out our other compelling videos on the Caritas Consciousness Project Youtube channel. More videos are being added weekly!
SUBSCRIBE NOW!
Powered by