Physicist Claude Swanson presenting on The Science of The Soul, The Afterlife and The Shift

This series of 7 lectures was broadcast live on Zoom and recorded. Each 2-hour video recording is available for viewing.

Register here to watch the topic of your choice. You will receive an email with the video link after registration. Registration Fee – $10

All recordings in this series are available to watch online. Each 2-hour recording is $10 to view. Choose the recording(s) below. You will receive a link to watch within 24 hours.

In this 7-part online series, Dr. Claude Swanson, MIT and Princeton educated physicist, unveils 10 years of research on the nature of the Soul, the true nature of the Afterlife, and the great consciousness shift that is taking place on the Earth. Dr. Swanson’s lectures were live streamed from his home in Tucson, AZ. 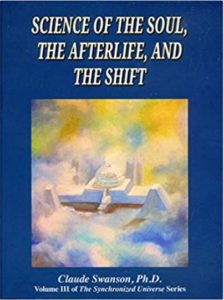 Dr. Swanson’s new series is based on his book by the same title, consisting of over 700 pages of evidence, including 2,000 references and 400 figures. It presents comprehensive evidence from many fields of research showing that we continue to live after the death of the body. There are many planes in the Afterlife, and they are related to the higher planes of consciousness attained in deep meditation. The study of the Afterlife is directly related to the effort to integrate consciousness with physics, something that the quantum pioneers like Schroedinger discovered was necessary over a century ago.

Dr. Swanson describes new scientific discoveries that explain how the soul preserves memories of previous lives, and how it maintains the essence of personality after death. The new energy of Torsion, which he introduced in his second book Life Force, plays a central role in understanding the nature of spirit and of controversial physical phenomena such as “ectoplasm.” Dr. Swanson also explains the physics behind the dramatic consciousness shift that appears to be underway on the Earth at the present time, including increases in intuition and ESP, possibly leading to enlightenment on a global scale. The prospect of dramatic Earth changes in the new future is also discussed, and the role of higher dimensional intelligence that plays a role in our evolution.

The topics are presented by Dr. Swanson in depth, with each lecture featuring a separate topic, beginning with the 72-page Introduction. This series is a profound immersion into these timeless themes, from a scientific perspective. 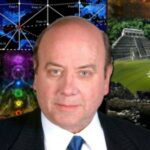 Dr. Claude Swanson was educated as a physicist at MIT and Princeton University. For more than 25 years, interspersed with his conventional professional career in applied physics, Dr. Swanson has pursued investigations into “unconventional physics.” His principal interest has been unified field theory, the so-called “Theory of Everything” which could explain the universe at the deepest possible level. This has led him to investigate many aspects of the paranormal, which appear to be completely real phenomena that violate our present science. Paranormal phenomena, which have now been proven in the laboratory in many cases, offer a window into the deeper universe, the mysteries of consciousness, and unlock new forces and principles which conventional science has only begun to glimpse.